I think travelling is the best way to meet new people, habits, culture, improve languages but, most of all, to know yourself!

I really love travelling and as a child I have always joined my parents when they organized a tour somewhere but one of my best trip was the one organized by the English teachers of my school thanks to a PON project. 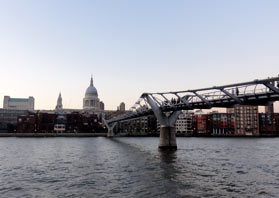 It was summer. I remember I was on the beach when I read on the web site of “Liceo Palmieri”, my school, about a selection for a three week course in England. Without any doubts I decided to apply, I did the test and after a week I knew I had passed it and I was selected to leave in September.

I was more than happy! I spent all summer thinking of my travel with my schoolfriends, reading about the places to visit, asking for information, surfing the net.

At last the day arrived. We were thirty of us with three teachers. We met at Brindisi airport and after the check in and a quick bye bye to our parents we went to the departure area.

We left a very hot Lecce and we landed in a warm London. A coach brought us to our college c

lose to “the Millennium Bridge” and “The Tate Modern Gallery”. A view of London with its lights gave us a warm hello. We were all excited looking forward to the beginning of the activities.

Martin, the director of the college, gave us the welcome and introduced the rules we were expected to follow during our staying th 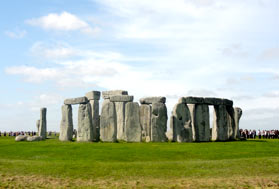 ere. Our adventure was going to start.

Three weeks seem to be quite a long period but we did so many things, we visited so many places, we enjoyed so much that they passed in a while.

The day used to start with a big English breakfast: sausages, beans, eggs, bacon… I ate everything and I enjoyed it! I can’t imagine to do the same in Italy!

Than we were divided in two groups with two teachers and we attended four hour lessons a day. The aim was to improve the English language and we were involved in many activities: listening, speaking, writing, pair works, role play and a test at the end of each week. Everyone felt to be a protagonist in the class, followed by the teachers step by step as we were such a small group, a group which shared the same interests, the same passions, the same love for the language.

The activities were carried on in the afternoons too with an English guide who brought us around London. Buckingham Palace, The Houses of Parliament, Westminster Abbey, Saint Paul’s Cathedral , Trafalgar Square, The Tower of London with their centuries of history, with their kings’ and queens’ lives, love affairs, death,  gave colour to our tours.

The walk on the Tower Bridge showed us a sleepy River Thames with the reflections of the sunset on the new buildings of the City, the economic heart; “the rush hour” at five in the afternoon was an evidence we were in the “great London”.

Piccadilly Circus, Oxford Street, Regent Street, splendid streets of shops, drove us mad.  Shopping was a “must” and we couldn’t do without it! Carnaby Street reminded me “the Beatles” and the mythical miniskirt by Mary Quant.

We didn’t miss London by night. We went around with our teachers enjoying a fashinating city full        of colours and life. Covent Garden with its pubs, shops, street artists, colour, music was more than on open theatre for us! 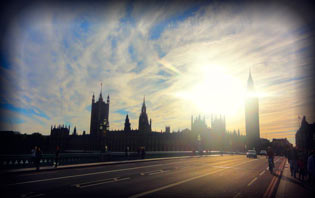 London was also walking through its parks. Hyde Park, Saint James Park, Kensington Gardens: they are witness of the Londoners’ love for nature. Children play, old people sit and read the newspapers, the young lay on the grass, workers have their break eating a sandwich and we…as perfect Italians…played football! 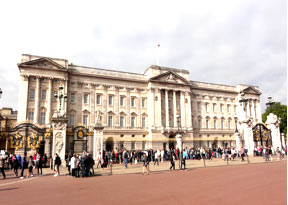 Talking about sports I have to say that London was hosting the paralympics games 2012 and this made it full of people from all over the world and activities.

Every Saturday a trip was organized outside London. We visited Stratford up on Avon with Shakespeare’s House. I moved through its rooms as if I was in a church. What an emotion! The great poet, the father of the English Language!!

A great emotion was Stonehenge too, the circle of standing stones, a kind of prehistoric cathedral to pray the sun. Talking about cathedrals, I was really impressed by Canterbury Cathedral, one of the best examples of Gothic architecture. When I entered the church I was nearly astonished by its atmosphere: I could breathe the sacredness and the silence of the place while, as a contrast, the town around was very lively and full of young people, shops and  coffee houses. 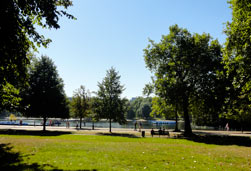 As I have already said, the three weeks flew and we were at the check in again but with a great sadness. Our trip was over. I wondered what I was taking with me: more knowledge of the language, more friends (all the girls and boys of the group were very close now), a good relationship with my Italian teachers, more pictures of unforgettable places….but most of all a new consciousness of myself. I can take care of myself, I’m curious about the world, I want to know people from different countries, their habits, their history. I want to be a citizen of the world. 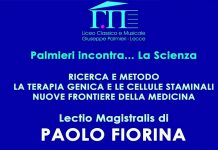 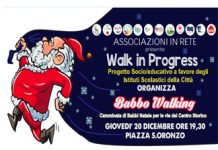 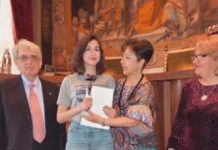 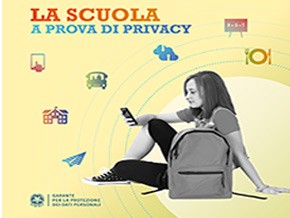